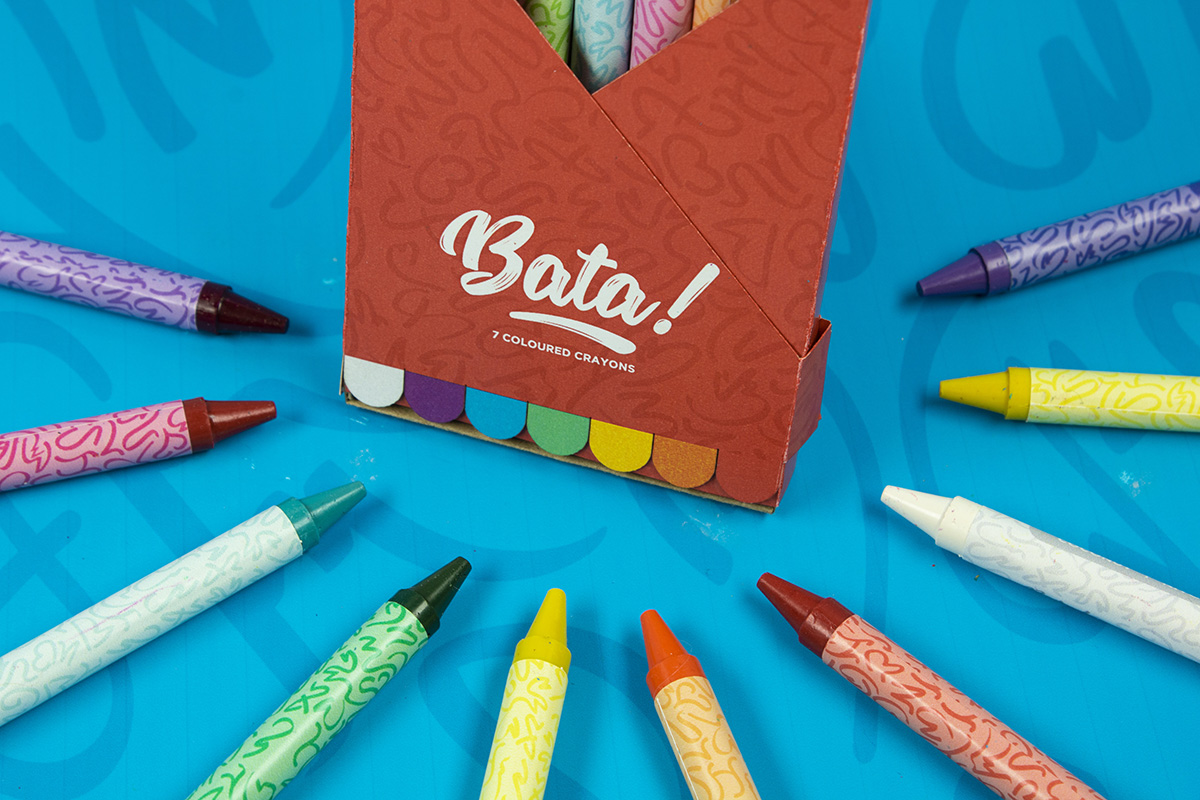 Connecting Filipino mythology with a child's everyday item
Reflecting the colourful package, Bata! is based off of the mythological Filipino bird called the Sarimanok that brings good luck.

What makes the Sarimanok interesting is how it is multicoloured, and how it originated from the seven heavens of the Philippines. For this reason, we packed only seven coloured crayons to represent these seven heavens. 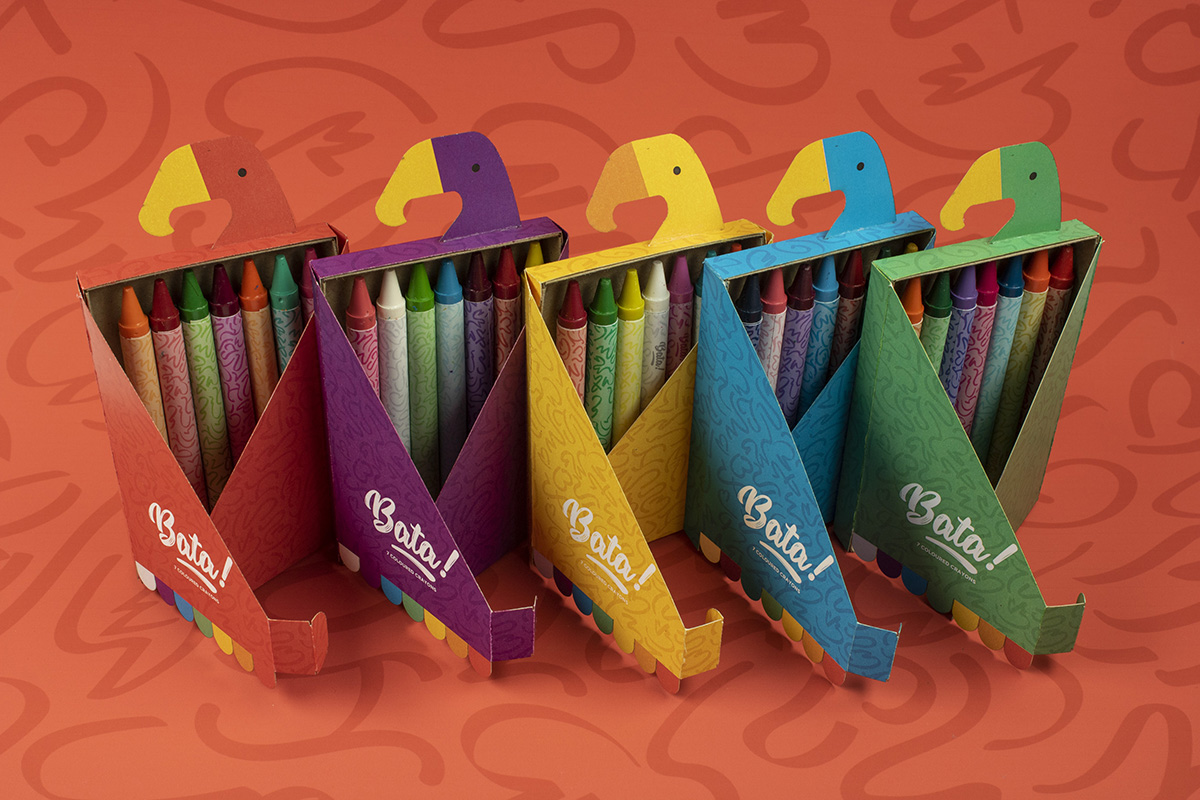 Choose your favourite colour!
Every kid wants on of everything in their favourite colour! Rooted in research of developmental psychology, Bata! was intentionally created in 5 different colours to ensure every kid will be able to find one they love. 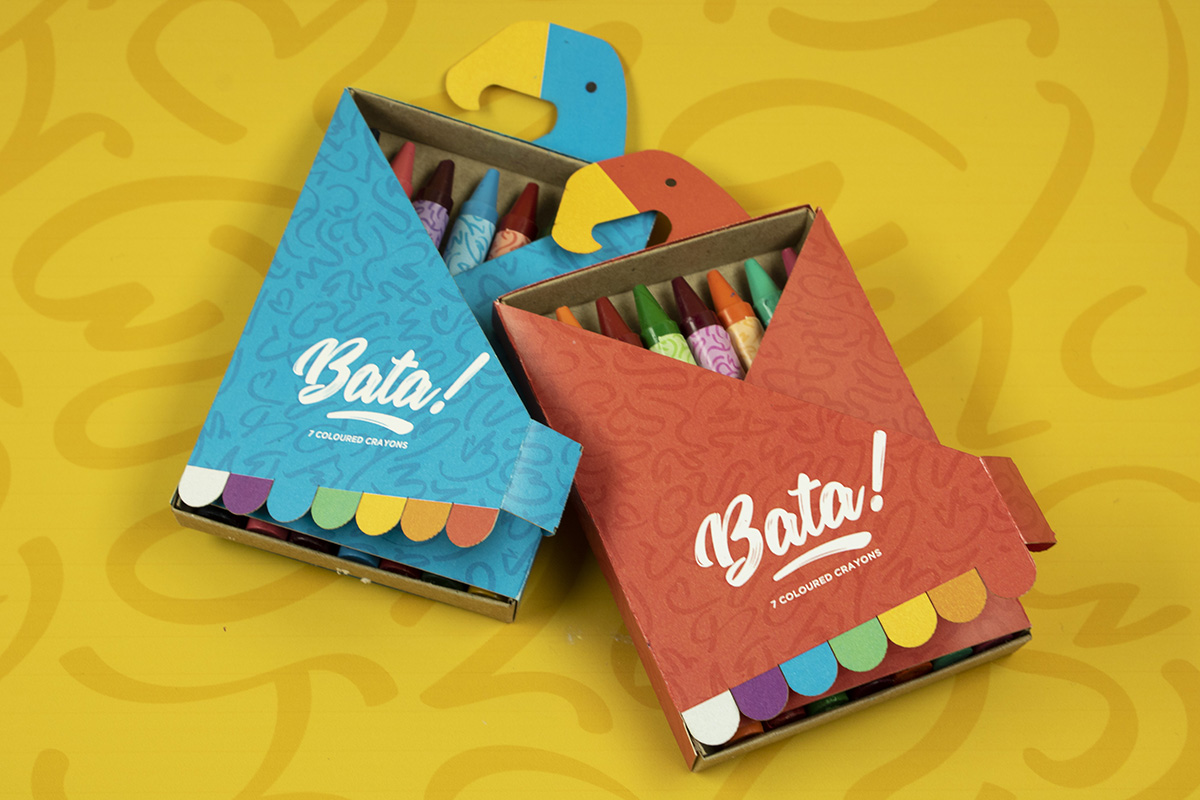 Reclaiming Filipino History
The pattern used throughout the package was created with inspiration of the original Tagalog writing system- Baybayin.

On the crayons itself, we included both English and Tagalog, in order for children to learn the language. Each of the names of the crayons also refer to symbols of the Philippines, such as indigenous fruits or key landscapes. 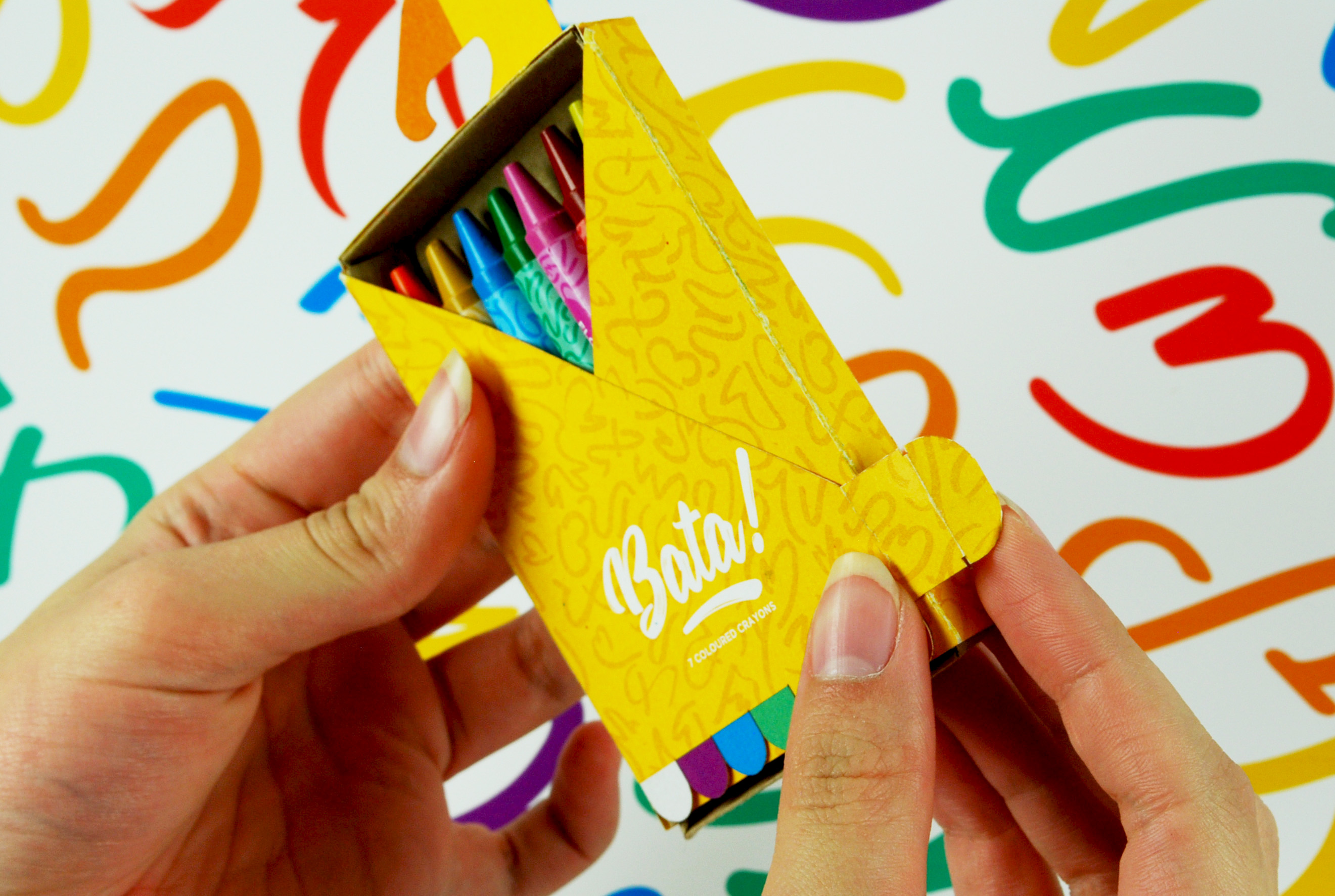 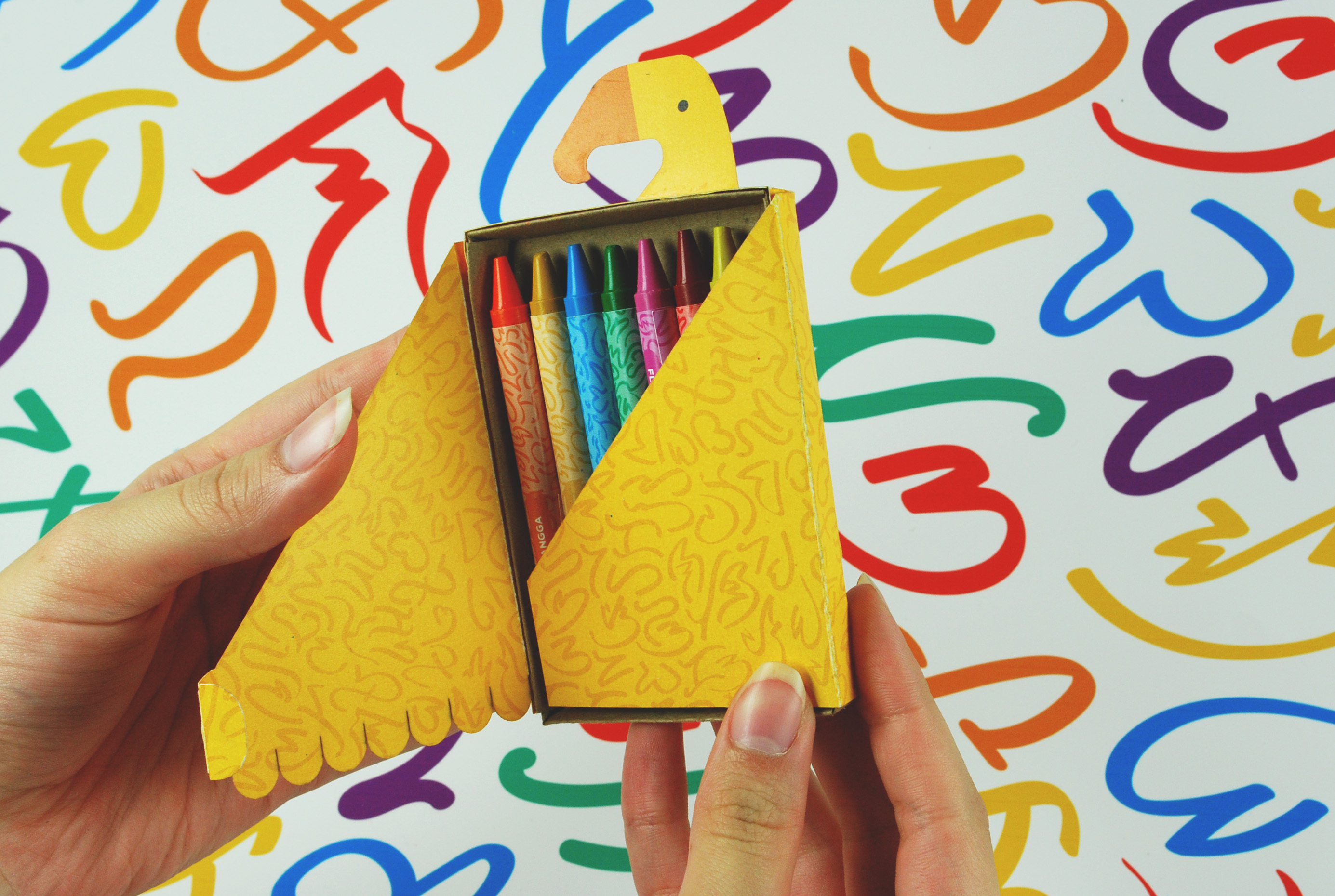 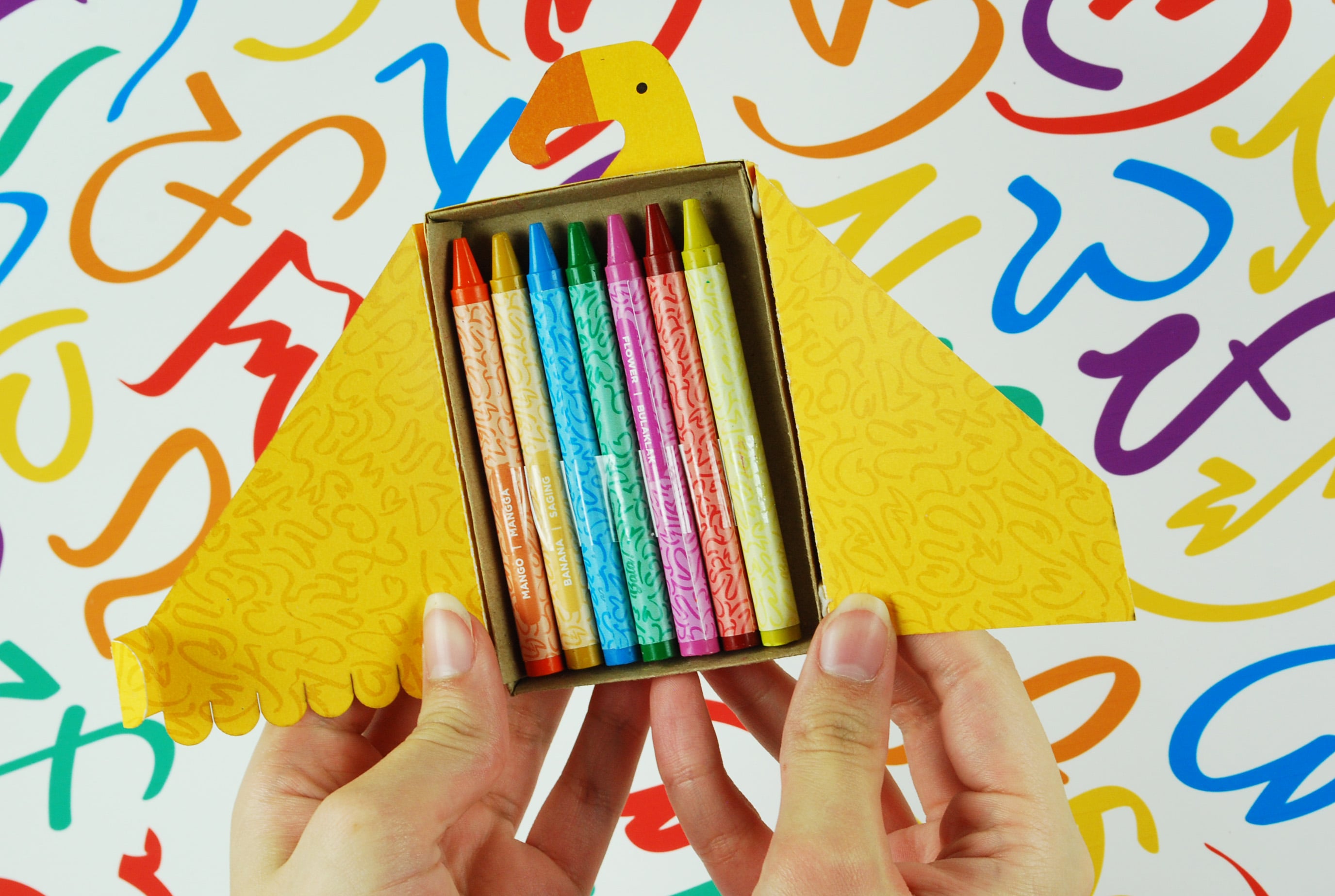 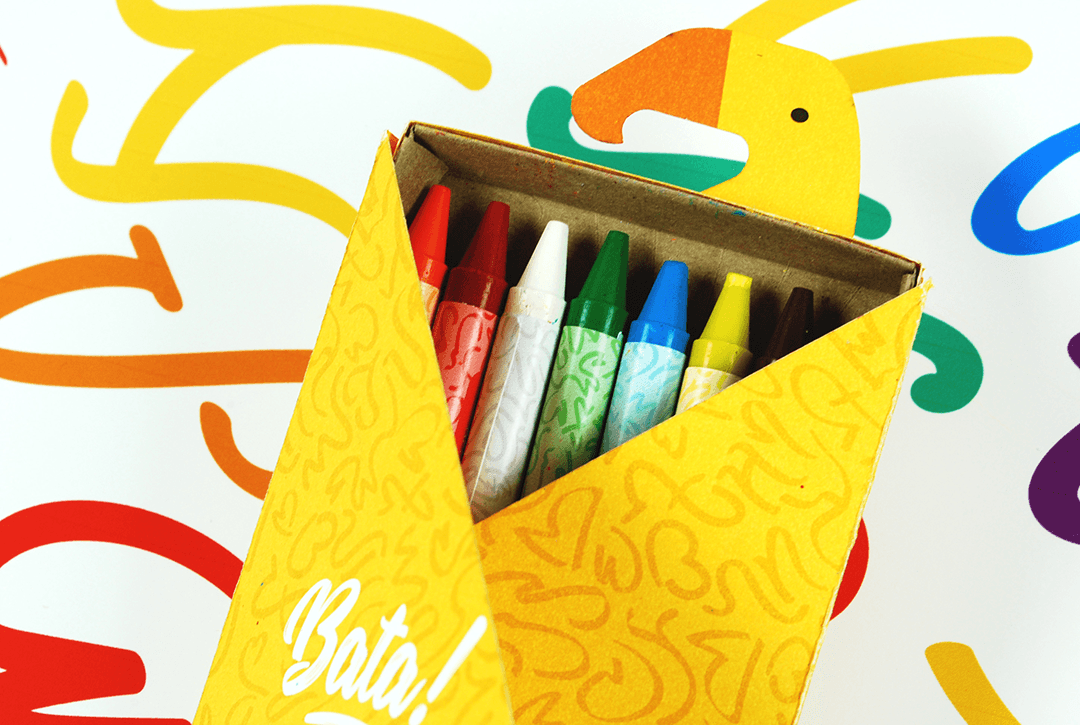 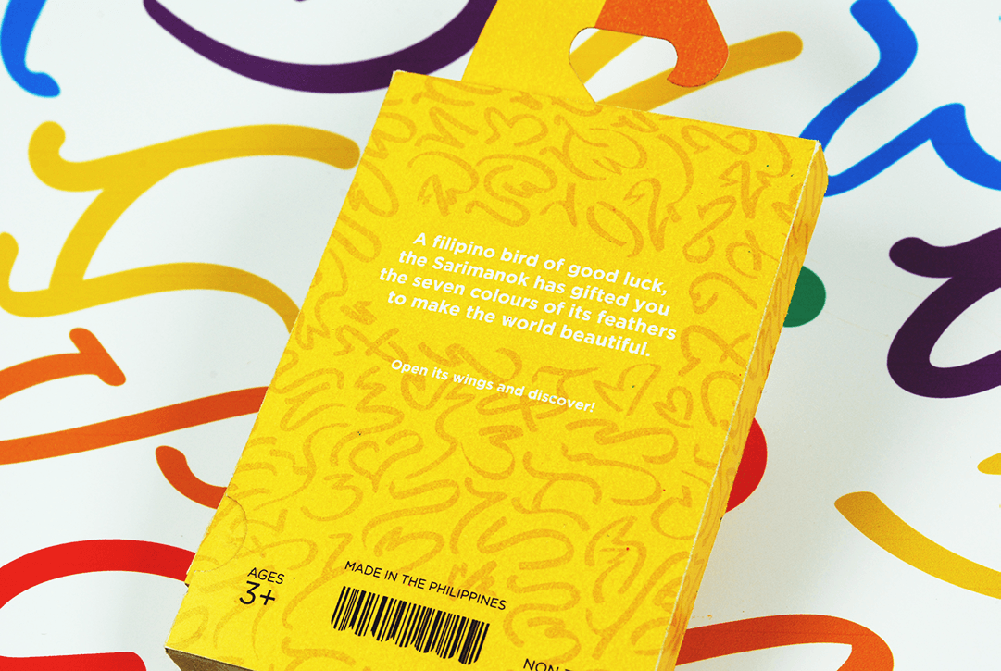 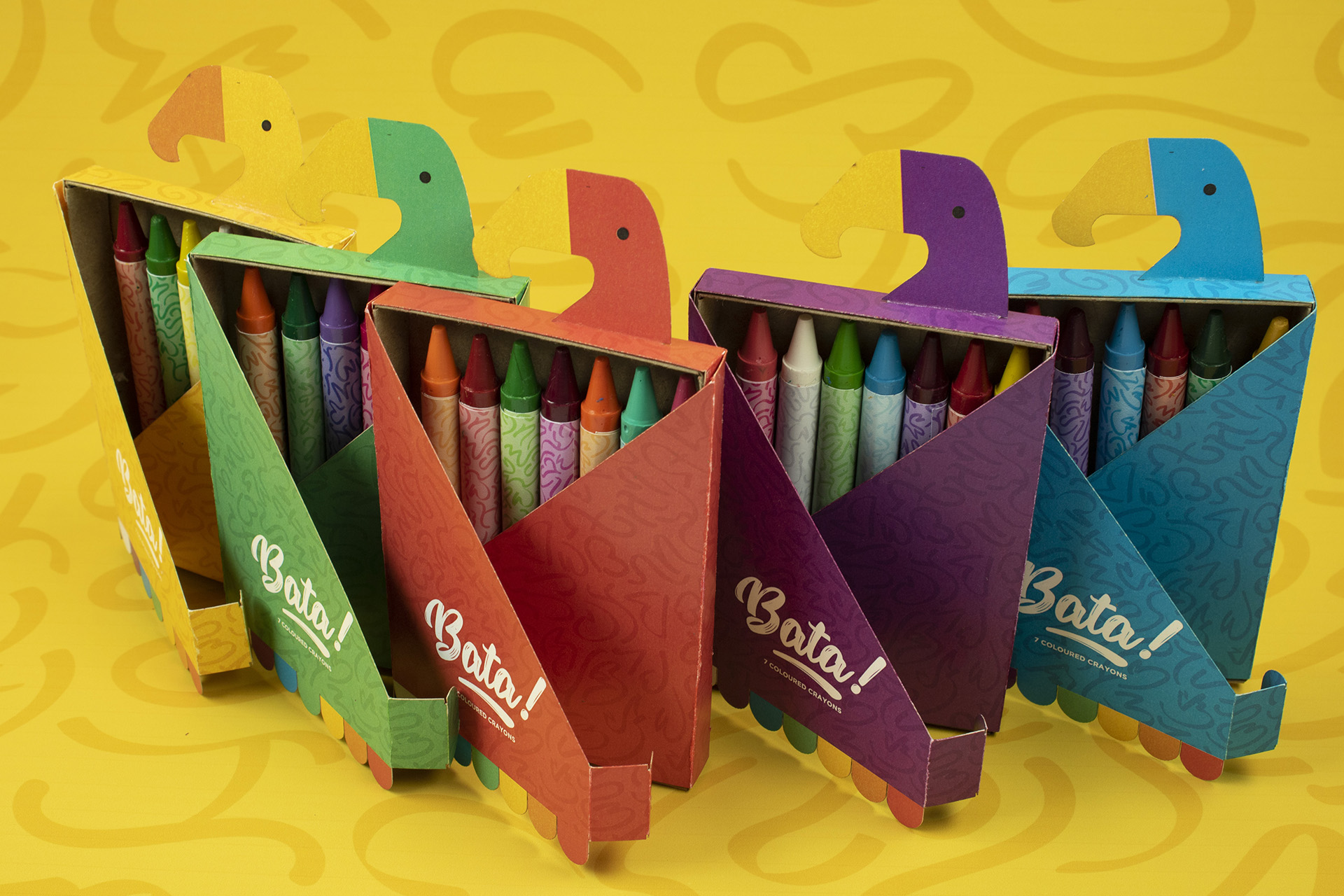 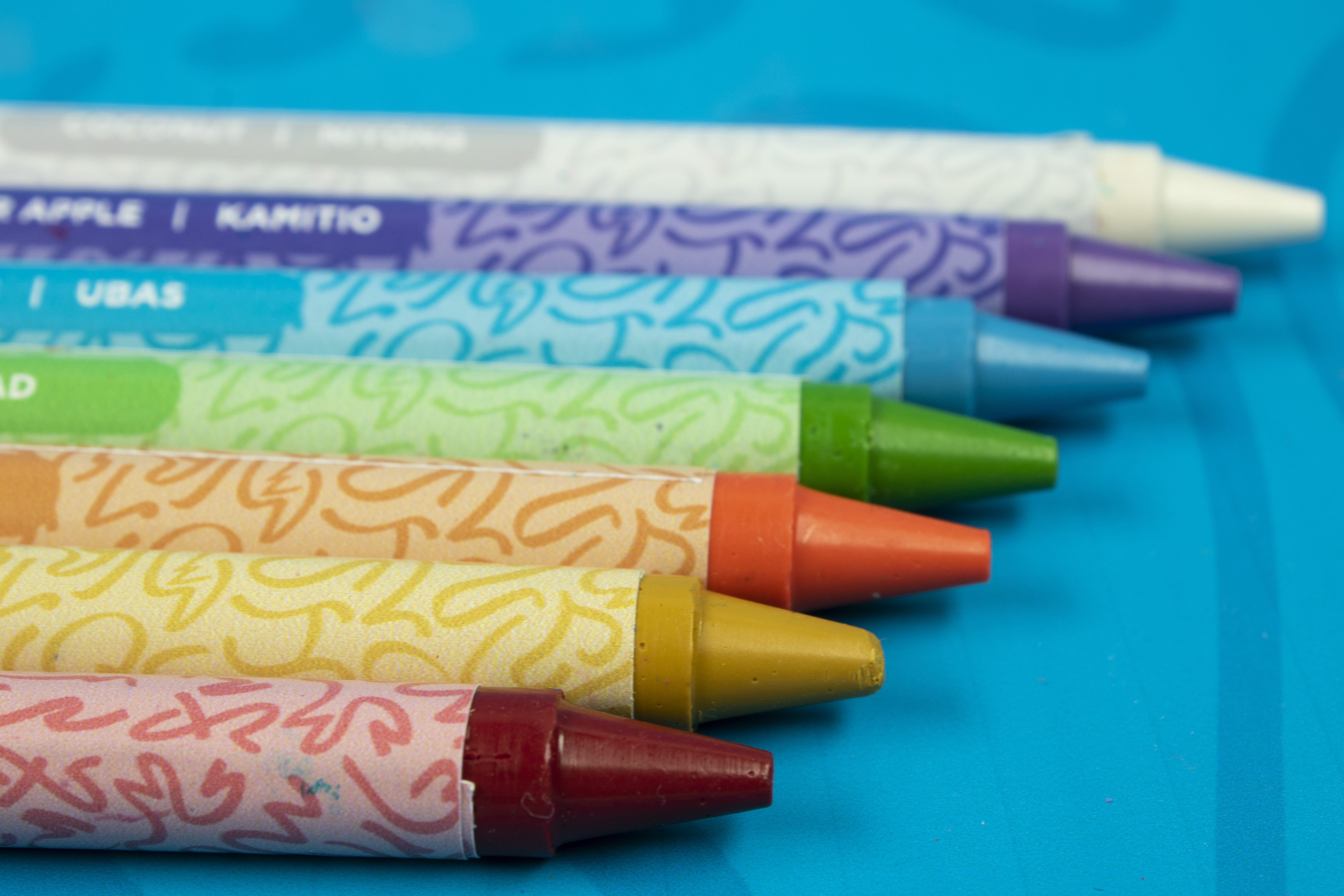 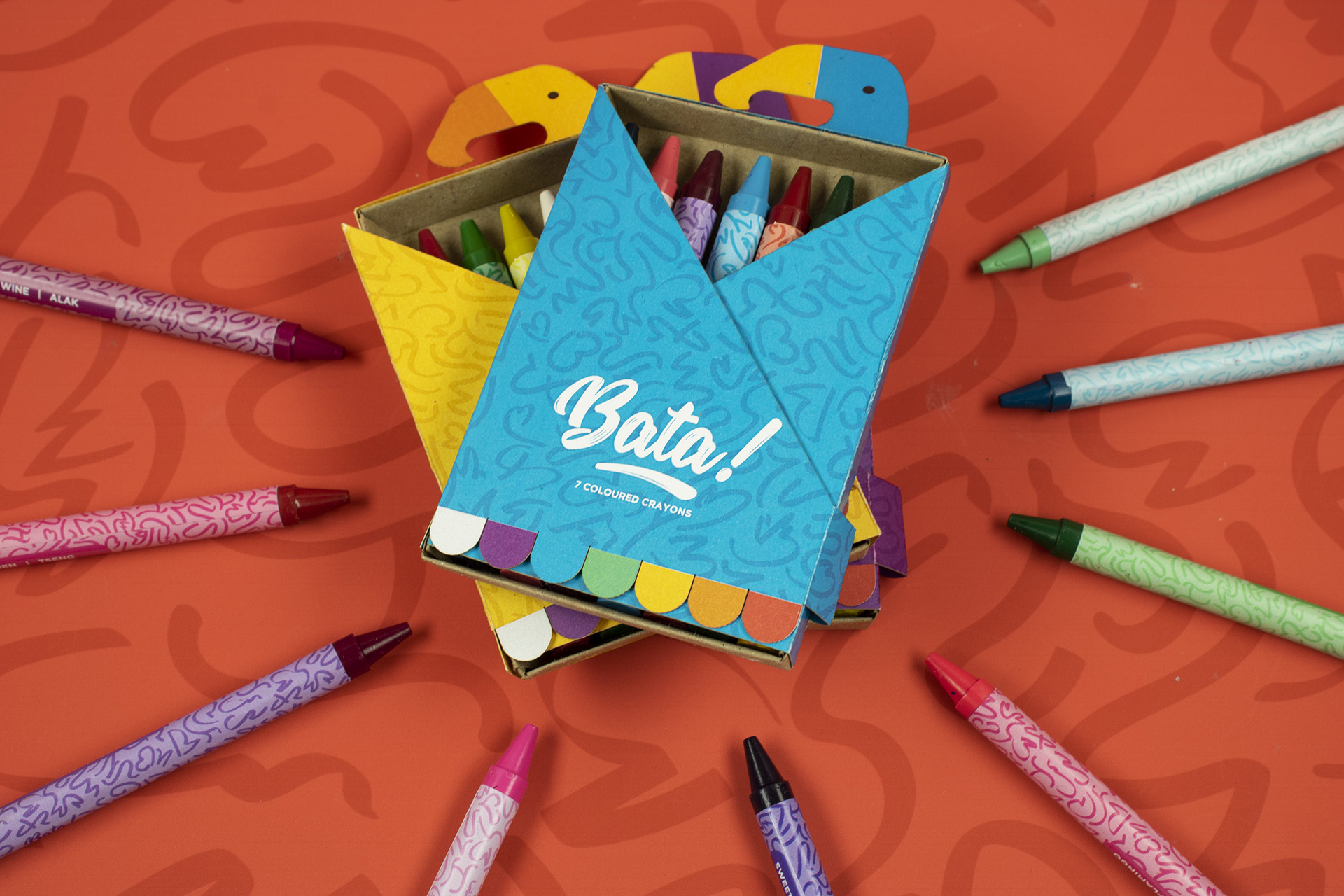 But how did I make it?
Click to see the full process & research
The Key Inspirations

Using psychology to create a package that kids would enjoy to have
Identifying the Key Elements
When choosing a topic to focus on for this project, I wanted to challenge myself by doing something I was not very familiar with. Although my family originates from the Philippines, growing up in Canada made me rather distant from my cultural background. I used this project as an opportunity to learn more about my family's cultural background, as well as explore designing in a foreign language.

Previous to Bata! I mainly designed for young adults, so I decided to challenge myself to create something for a different type of audience. And, if you looked through the rest of my projects, you will see that this project sparked my interest in designing for kids.
Research Topics
Developmental Psychology
Developmental psychology deals with identifying and explaining the continuities and changes that individuals display over time. Since the target audience of the project is for young children, I chose to research developmental psychology to understand how kids think.

Familiar shapes and colours are more likely to attract a child to a product
Keeping this in mind, I decided to use multiple colours on the same package, so children had a choice of picking their favourite coloured package. Also, since my target audience's minds are more imaginative and creative, I chose to look into mythological stories.
Filipino Mythology
Since there are no limit to a child's imagination, I wanted to bring mythological creatures into life to make the package exciting and playful. Out of various mythological creatures I researched, the one that stood out to me the most was the Sarimanok. The colours and positive story that comes from the Sarimanok suited the goals I was aiming to reach to attract my target audience.
The Sarimanok

Originates from the "seven heavens" of the Philippines
Baybayin
In present day, Tagalog (the Filipino language) is written using the latin alphabet, rather than its original alphabet, Baybayin. Baybayin is an ancient, almost lost part of filipino history. I found the letterforms in Baybayin beautiful, and wanted to incorporate it into my project to educate Filipino children to preserve the history of the language.

Outside from Baybayin, I incorporated the Filipino language, Tagalog, for the names of the crayons. Each crayon is named after a Filipino cultural item, such as indigenous fruits or landmarks. These names are written in Tagalog and English so children can learn from each language. 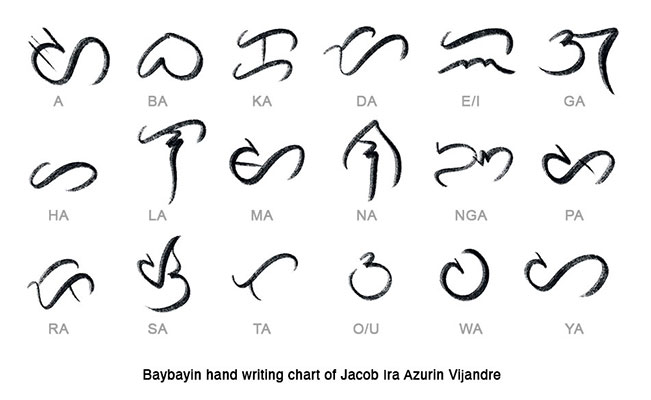 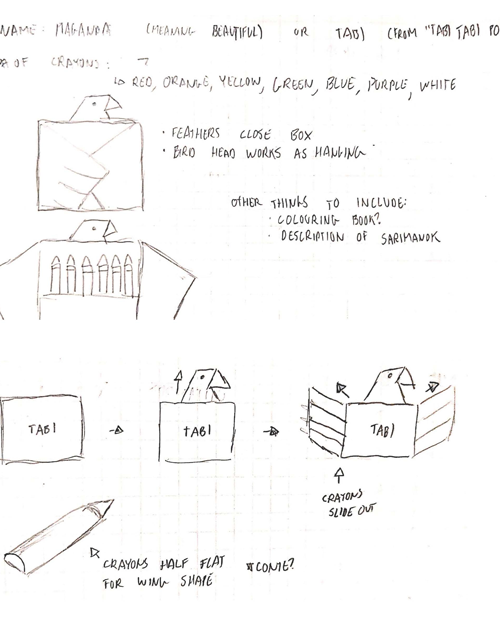 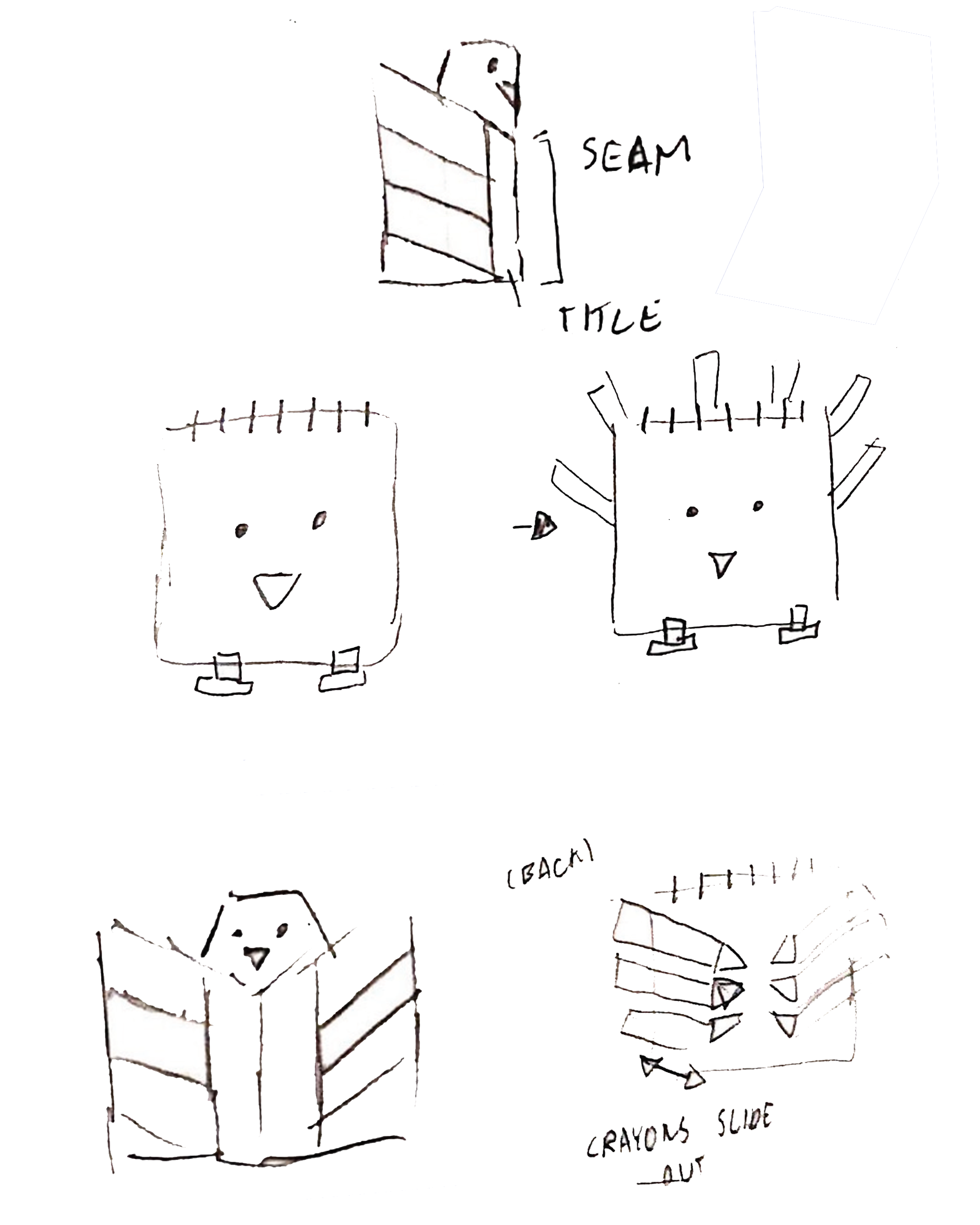 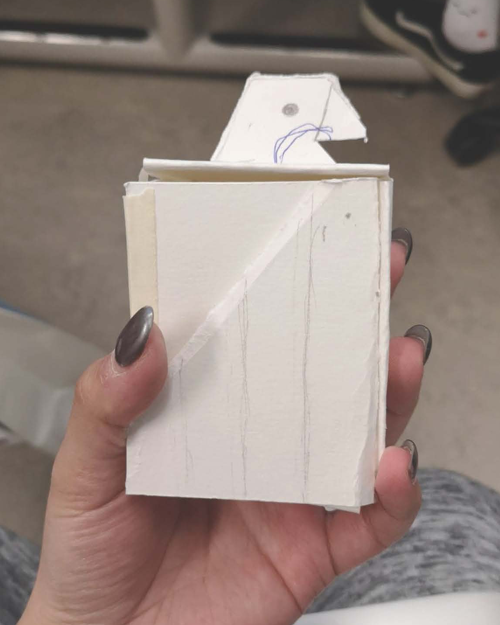 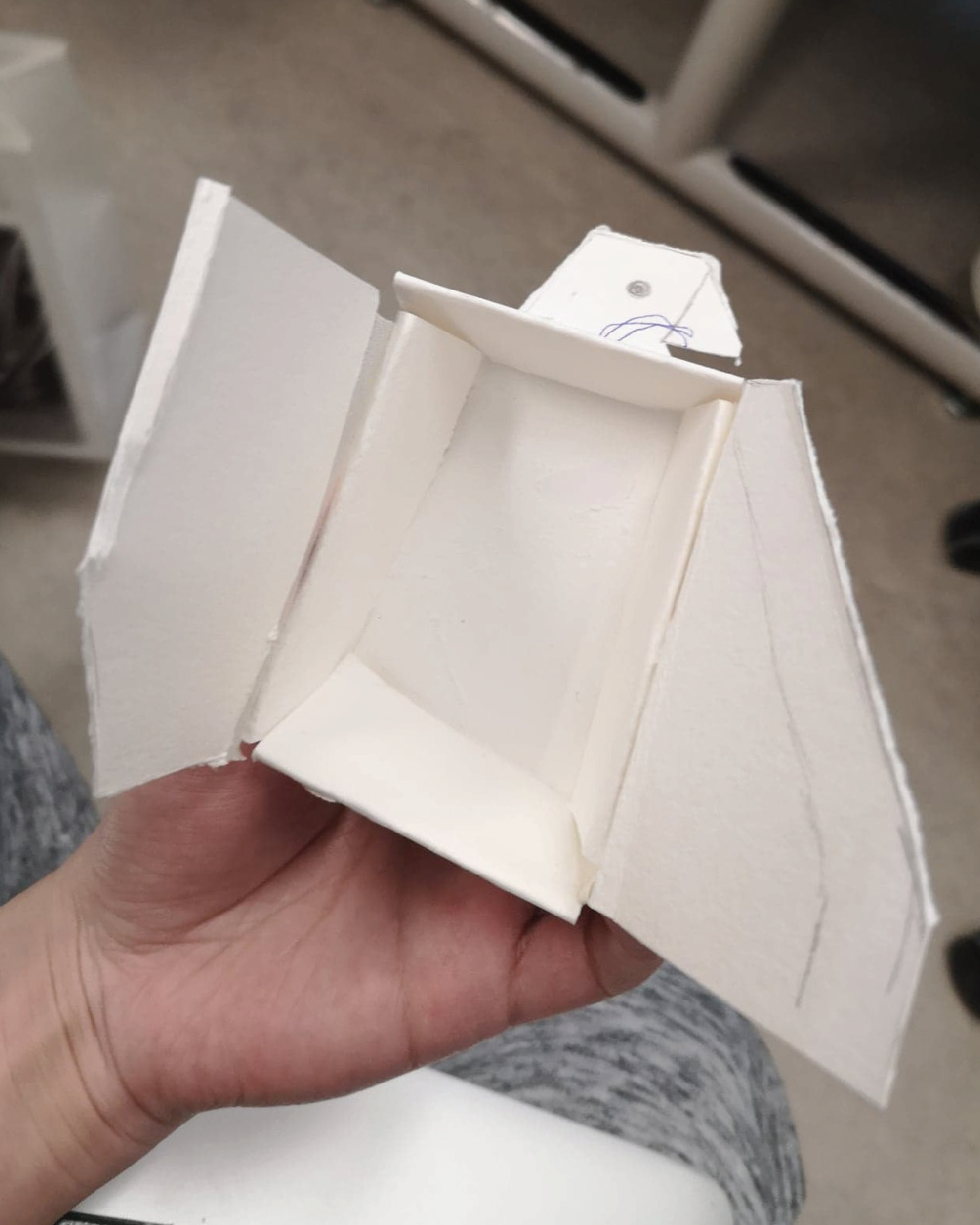 First Critique
The first iteration of Bata! was more geometric, with the wings fully enclosing the crayons. To make the product more visible, I decided to create a window with the wings. I also worked on improving the bird head, with a more rounded shape so it could be effective as a hook when displayed in stores. 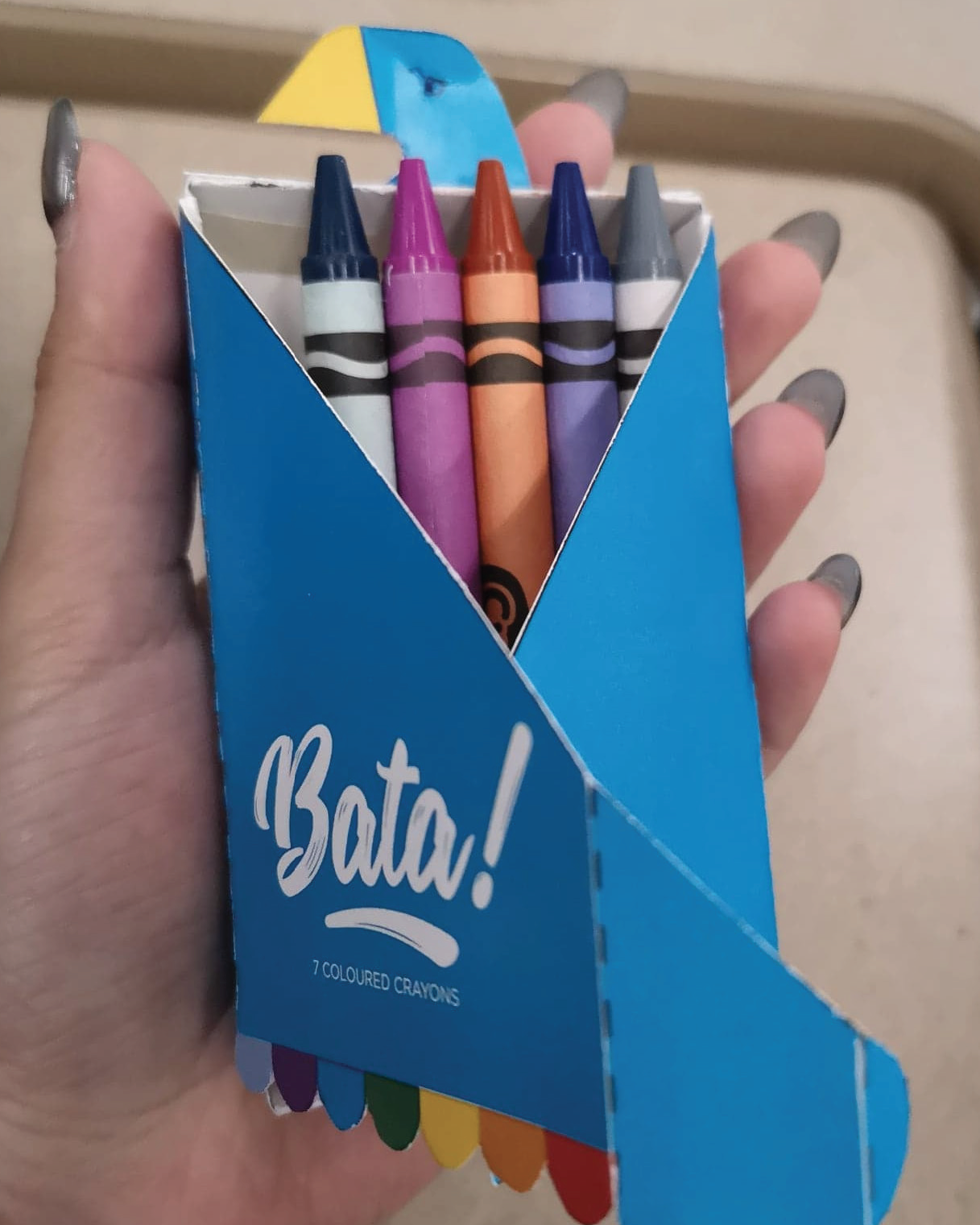 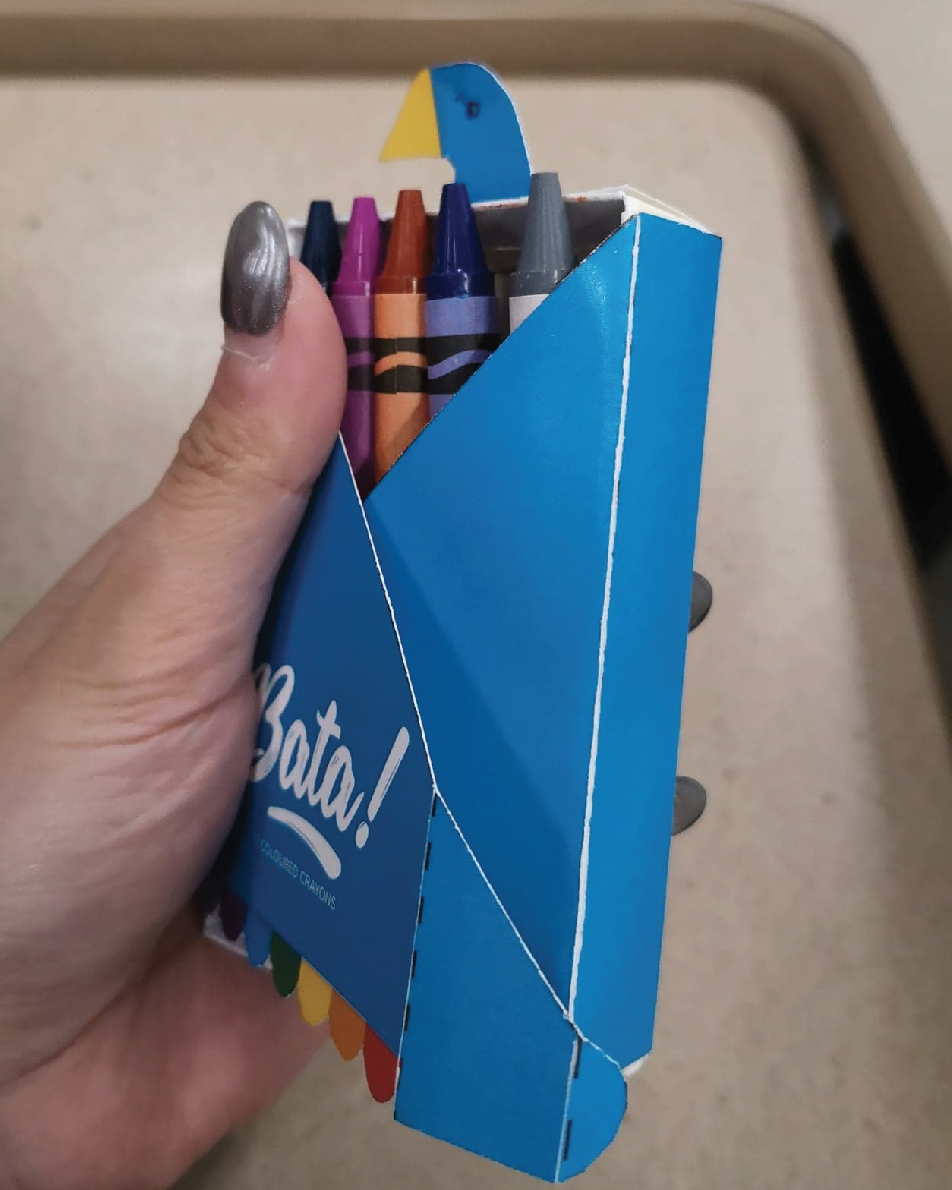 Second Critique
The second round of critique I had to fix the dimensions of the box, as well as the bird head. Adjustments had to be made to the placement of the bird head, so that the package could be completely balanced when hung from a hook.
Nets 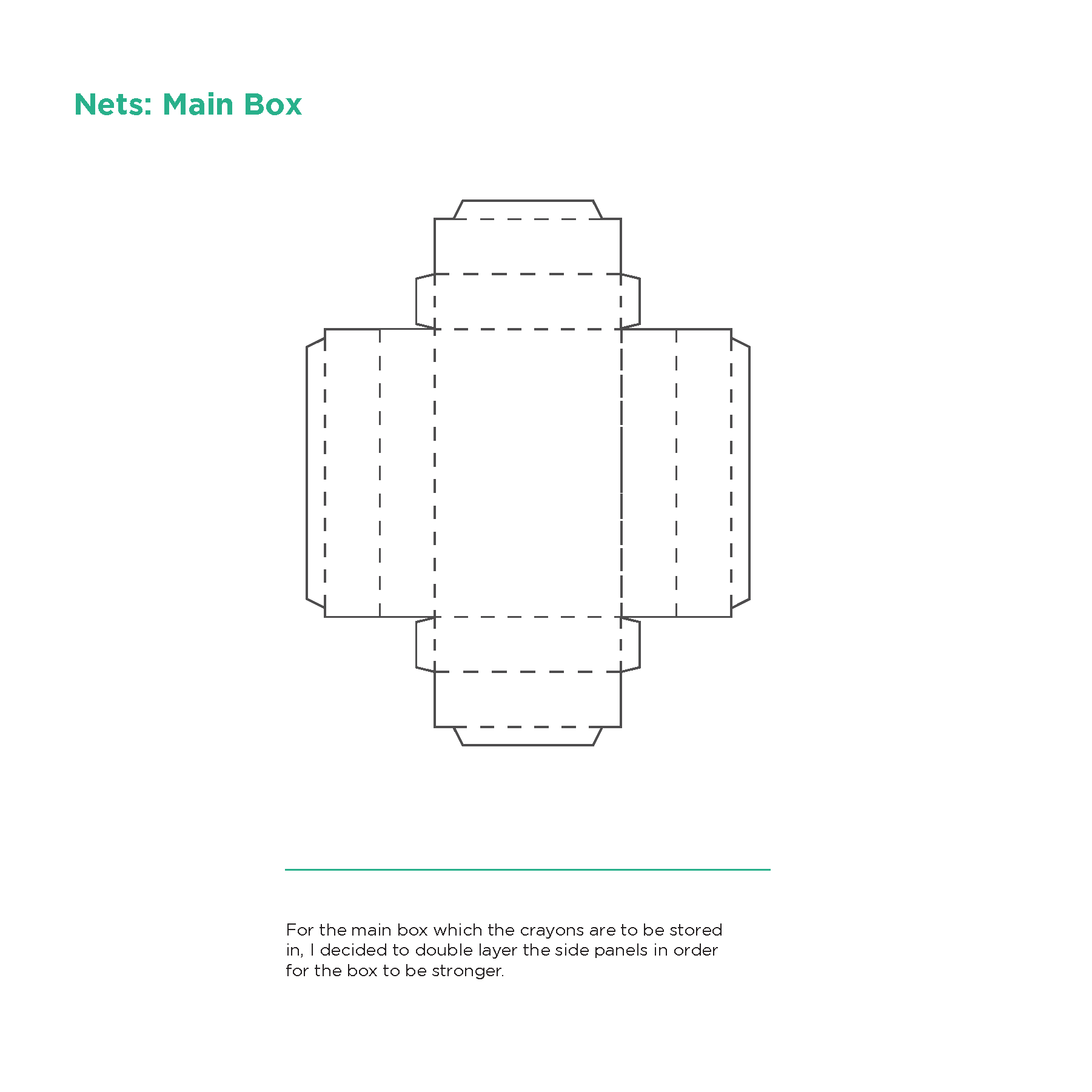 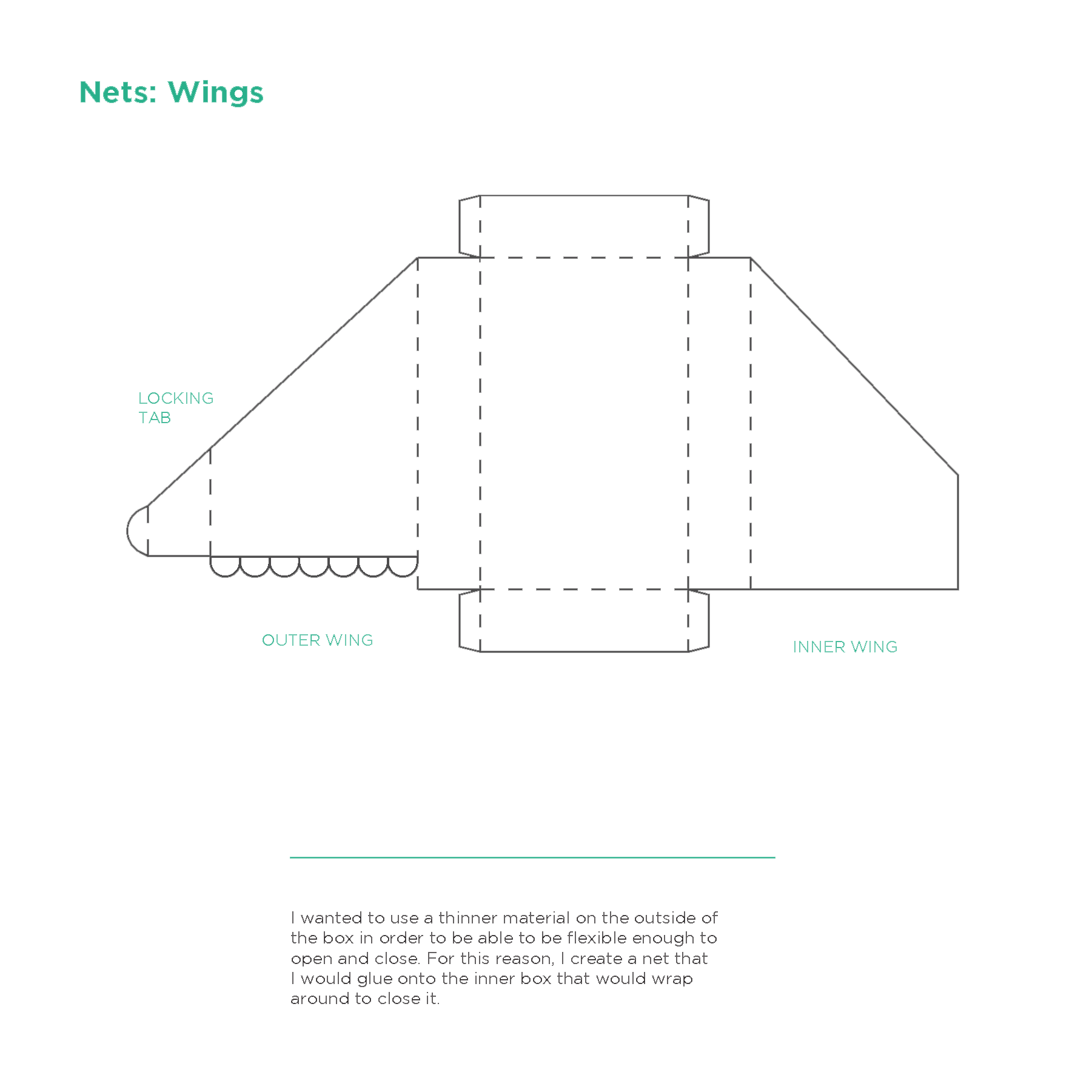 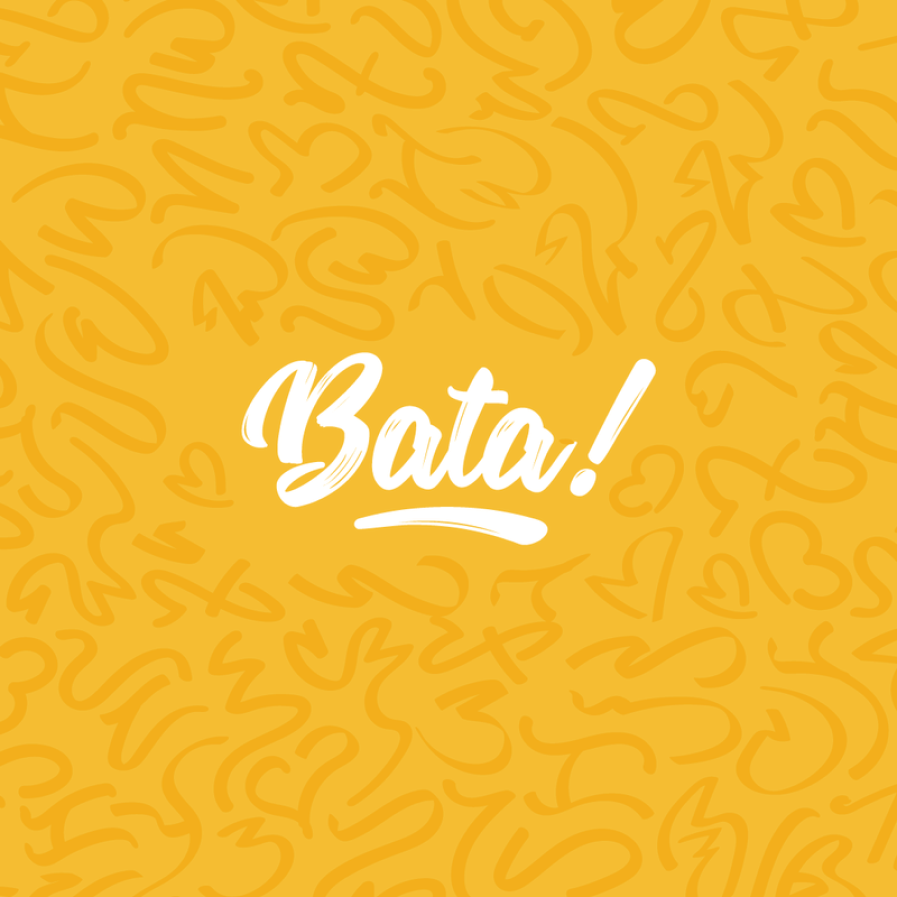 Through my research of Baybayin, I incorporated the letter forms into the brand pattern. This pattern is seen on the outside box, as well as the crayon wrappings.
Glad you enjoyed Bata!
Next take a look at: 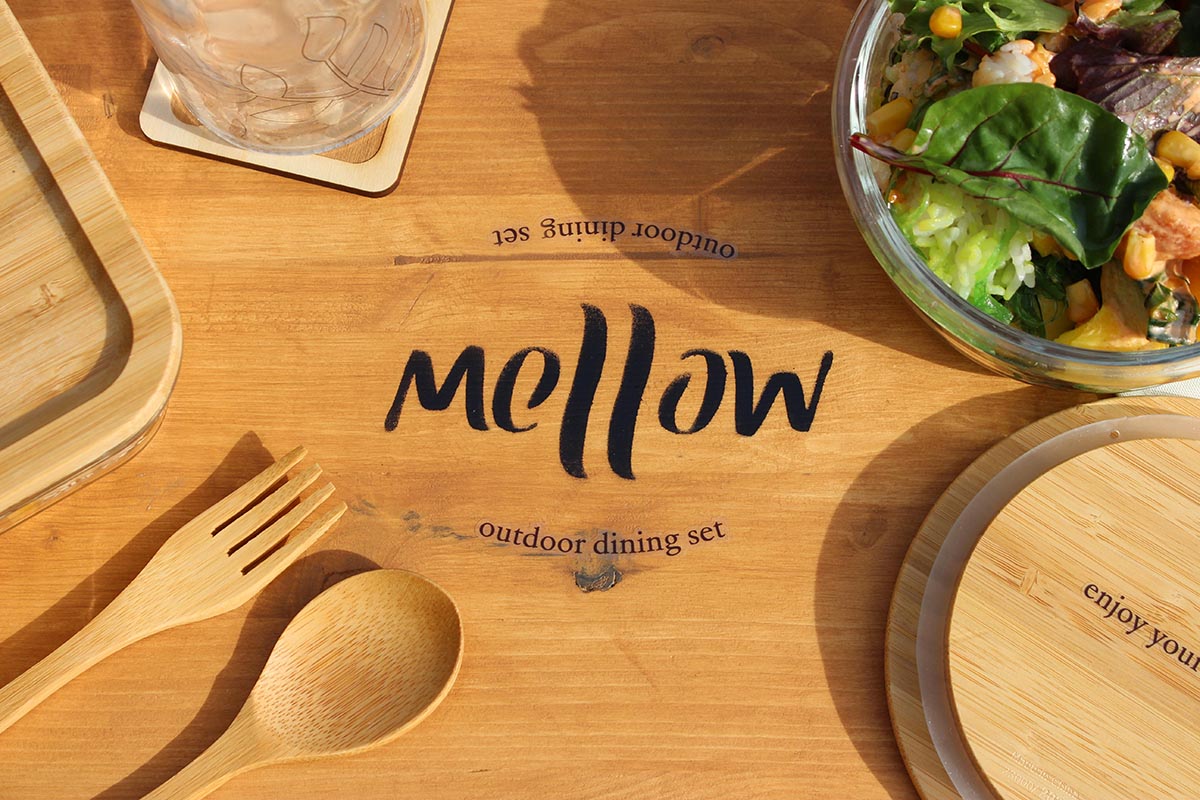 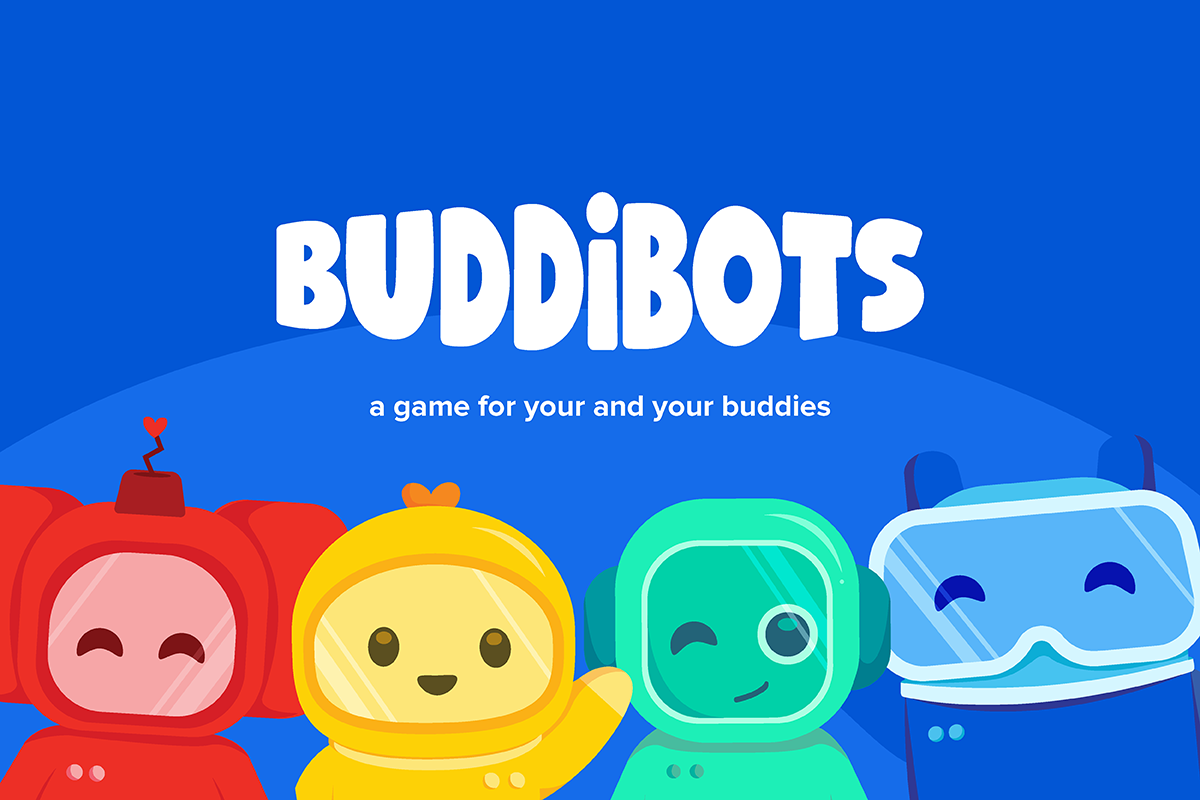 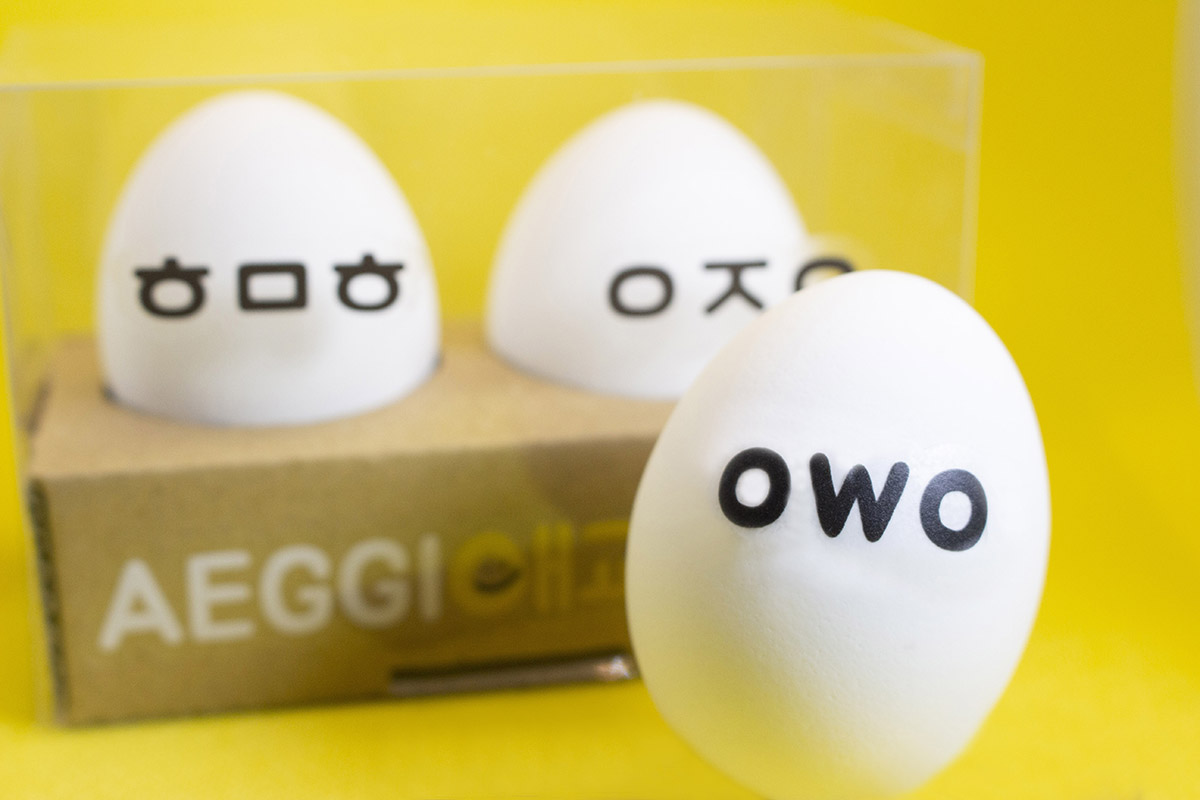