Dream by WOMBO
sharing AI magic with the world
back to home
Play with generative AI models to bring your imagination to life. 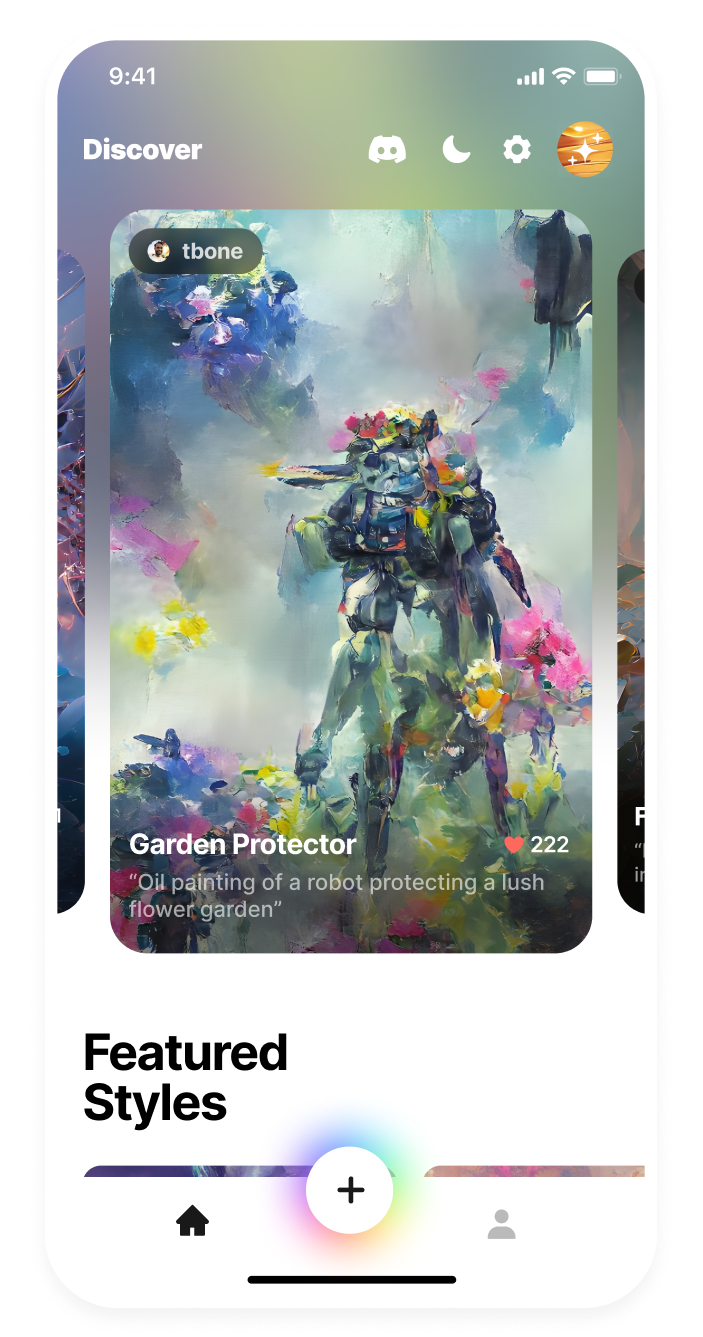 I was fortunate to join the team as one of their founding designers around July 2021, working on marketing, animations, and quickly transitioned into the product design team. 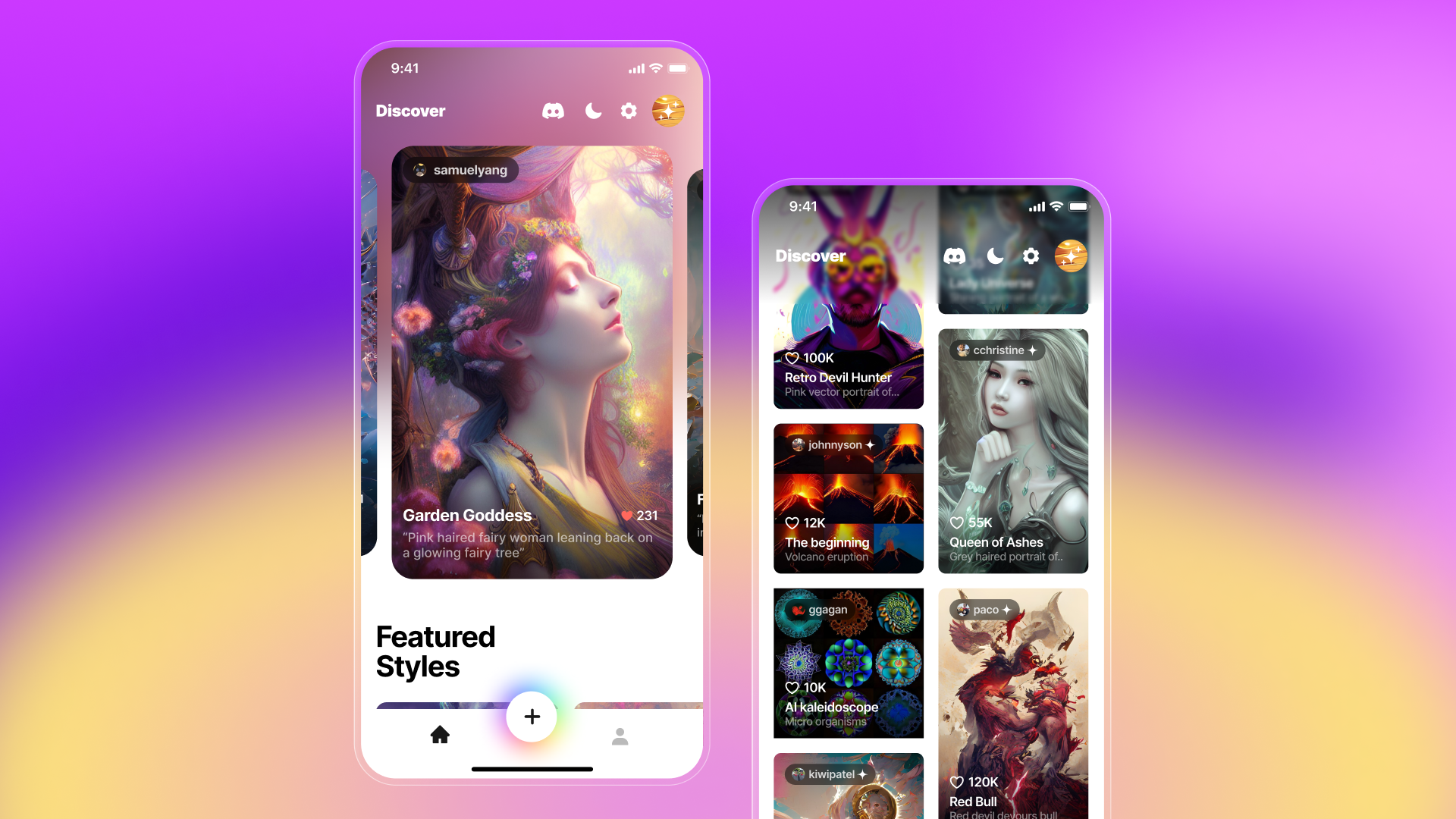 Showcasing the community
The discover feed showcases artworks created by the community. We kept in mind a modular feed, broken up into sections where we can highlight different types of features in Dream. The simple layout and UI is timeless, allowing us to easily adapt as we expand more community-focused features.
Dedicated to creation
Being early believers in the AI space, our small design and engineering team have managed to both set and exceed the standard for AI artwork tools.

Some of my favourite accomplishments include improving and launching new features to our core creation flow.
Create with images
Dream's interpretation of input images was one of the first of its kind in the AI art world. As it was a completely new flow for our users to learn, we designed the experience to be clean, simple, yet still informative.
The influence slider
One main challenge was finding a way to communicate the image influence. After many iterations, we settled on a three-point slider that communicates the influence both visually through blurring the preview photo, and in easy-to-understand language.
A viral hit
The release of our new input images features released in early March of 2022, and took TikTok by storm.  Dream quickly saw success and climbed the charts to #1 on the App store in over 93 countries.
Expanding our toolset
The WOMBO team is constantly improving the creation experience with new tools to ensure that creating artwork is not only easy, but fast and enjoyable.

Some major improvements to the creation tool include creating user focus states and introducing editing features.
Before: The classic linear flow
Previously, the creation flow only contained of a user input, generation, then the results page to display the user's artwork. In fall of 2022, we decided to integrate more tools that allow for our users to gain more control of the artworks they generate. 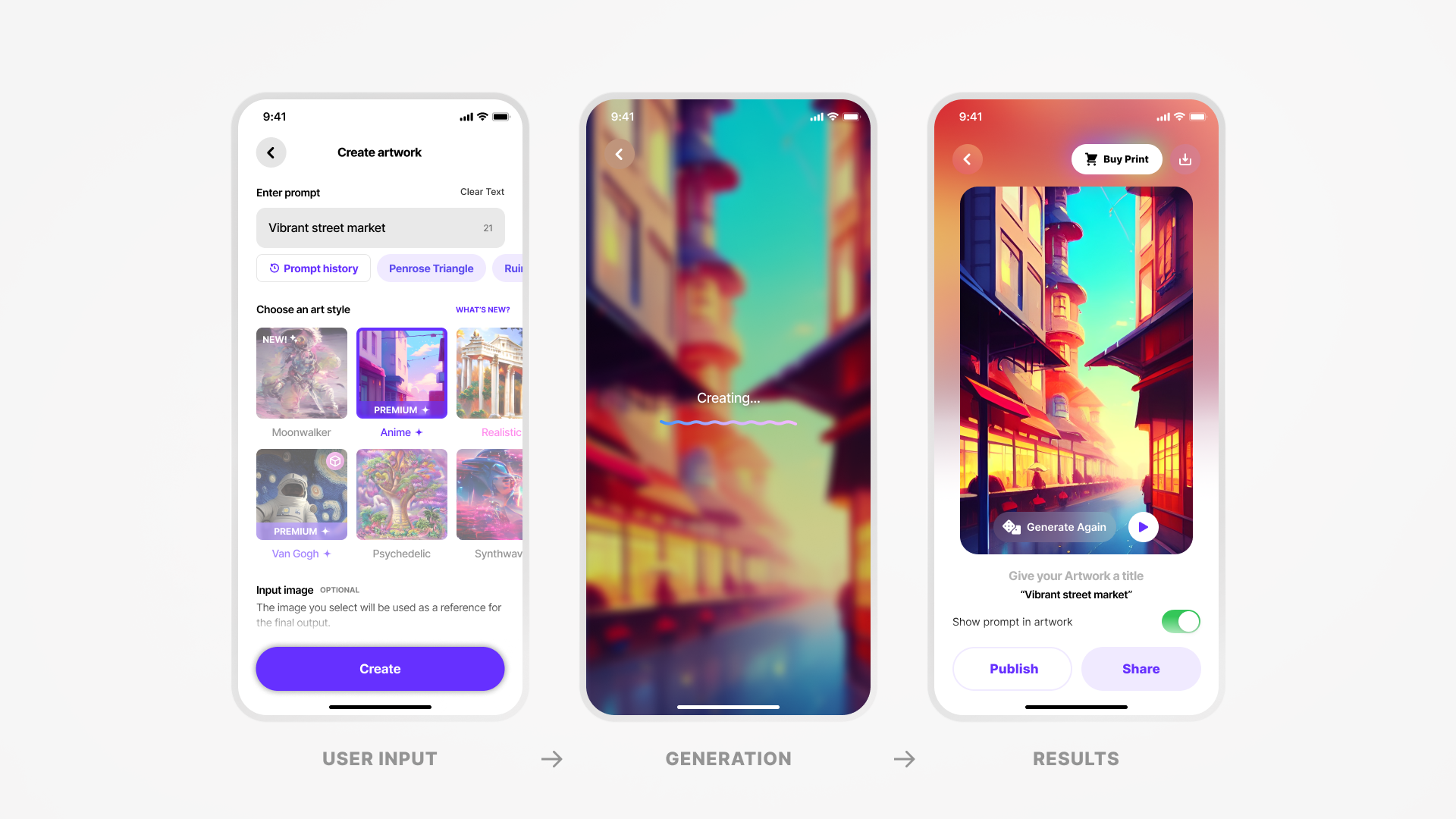 After: Introducing editing
& focused states
User testing and customer feedback led the product team to explore more editing features for dream. With more features coming into the picture, we also put an emphasis on focused states in order to not overwhelm the user. 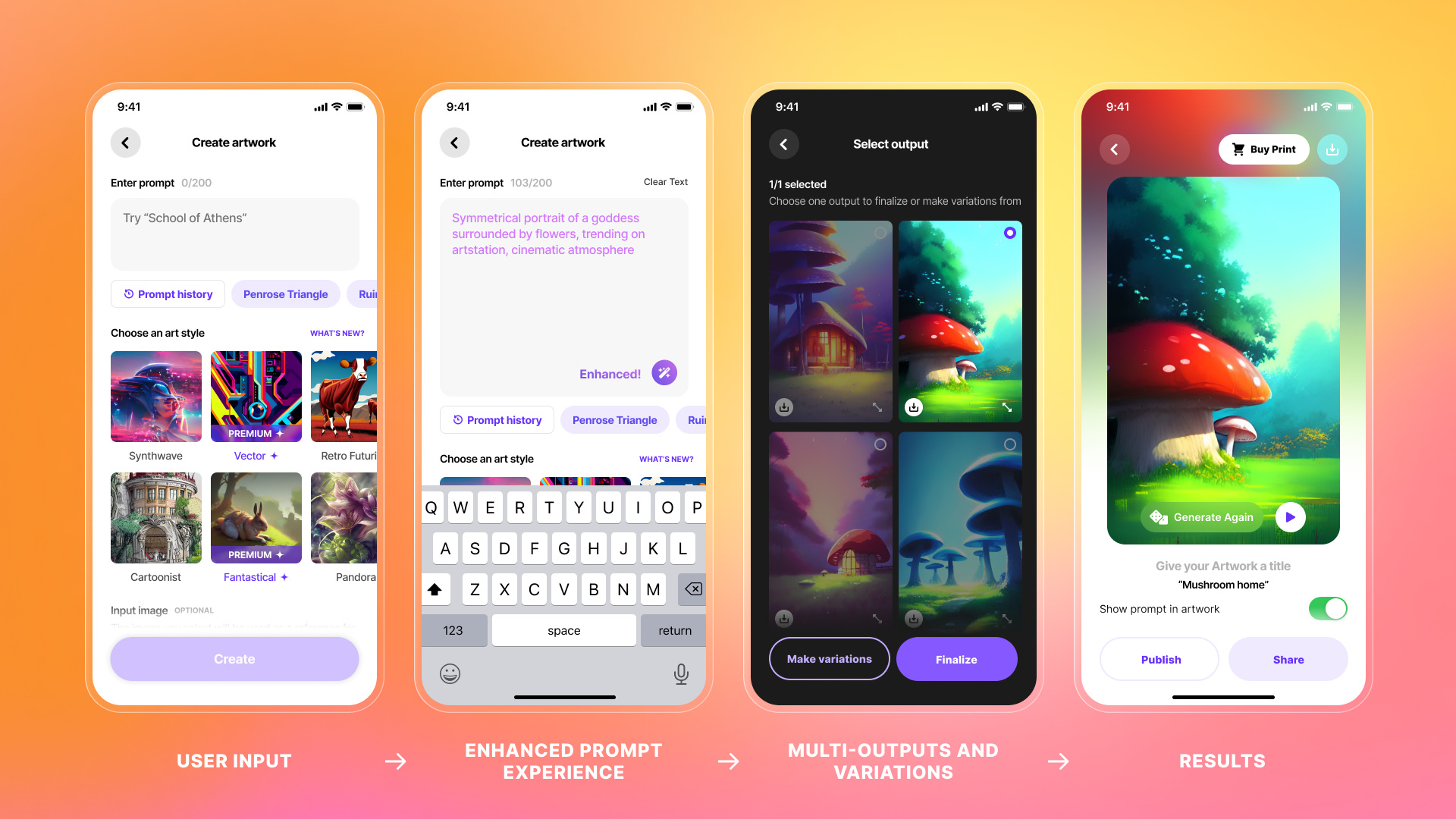 Make it intentional
Our intentional use of dark mode allow us to differentiate the phases of creation for our users.
‍
We established light mode to be used for user input, while dark mode is used for artwork-specific editing.
A focus on prompts
We decided to expand our prompt box when activated to allow users to easily edit and create longer prompts. The visual weight of the expanding box also creates a focus state, so users are not distracted by other parts of creation when writing their prompt.

The introduction of enhancing prompts was launched with this update, which uses AI to give users a more descriptive version of their inputted text.
Create more in less time
Multiple outputs allows users to see four different interpretations of their prompt and then finalize one to post onto Dream. The release of multiple outputs quickly became the top feature to convert free users to premium users.
Future features kept in mind
As AI advancements emerge, we are always exploring how to incorporate future new features and tools.
The WOMBO experience
Being in a small and close team allowed me to have a voice in every part of the product– from overall product direction and ideation, to maintaining strong communications with our development team.

WOMBO is constantly changing and improving our products. For more details on our design process, other cool things I have worked on at WOMBO, and my own personal thoughts on generative AI, feel free to contact me.
Hope you enjoyed WOMBO!
Next Up: BET?!